Visual explanation may make more sense. Image below contains a complete memory map for EOS R 1.8.0 (7.3.9) ROM. Cacheable RAM mirror on this model is available between 0x40000000 and 0xBFFFFFFF. 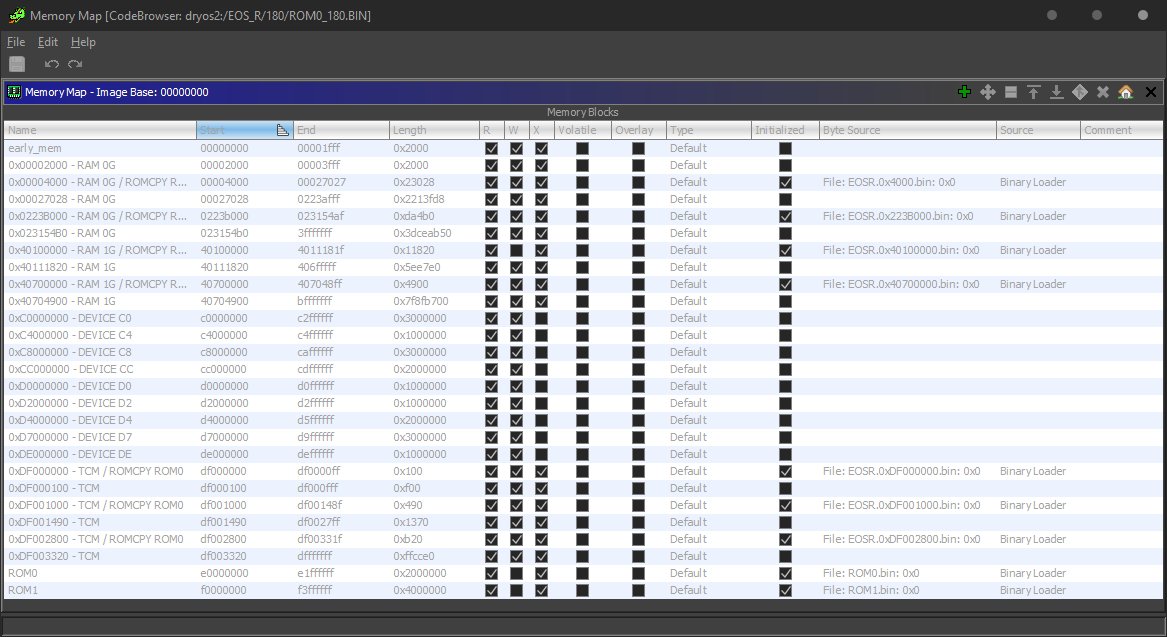